Researchers have developed a portable computer system that analyzes patient vital signs during emergency transport to detect life-threatening hemorrhage. If validated for clinical use, the automated system could provide trauma teams with early notification of incoming patients who will need massive transfusion or surgery.

The new system was developed by a team of investigators from the U.S. Army, Massachusetts General Hospital, two other Boston trauma centers and an air ambulance service. The system is called APPRAISE, which stands for Automated Processing of the Physiological Registry for Assessment of Injury Severity.

Accurate prediction
The Boston research team published a paper on the APPRAISE system in the May 2015 issue of Shock. The feasibility study examined both prospective and retrospective data:

Results from both data sets showed that the automated APPRAISE system does a better job of diagnosing life-threatening hemorrhage than standard pre-hospital monitoring and reporting:

The system is particularly useful for identifying marginal-risk cases, according to the press release. “While the clinical information that ambulance crews call in to trauma centers was sufficient to determine the presence of a life-threatening hemorrhage in about half the patients we studied, many other patients were in a ‘grey area’ and may or may not have been at risk of bleeding to death,” said Andrew Reisner, MD, a Massachusetts General emergency physician. “Our study demonstrated that automated analysis of patients’ vital signs during prehospital transport was significantly better at discriminating between patients who did and did not have life-threatening hemorrhage.”

Faster intervention
If validated for clinical use, APPRAISE could help trauma teams provide faster intervention for patients with severe bleeding. “Today’s typical practice involves a trauma team evaluation — postarrival — before deciding whether to activate protocols for substantial bleeding. At best, this adds a small delay to care and, in some cases, resultant delays can be substantial,” according to the Shock paper. “With reliable notification that a bleeding patient is about to arrive, the receiving facility could prepare for hemorrhage-specific management.”

APPRAISE could also prove useful in combat settings, according to the hospital press release. “This system provides an automated indicator of injury severity, an objective way for clinicians to prioritize care,” said Jaques Reifman, PhD, a co-author of the study. “Care prioritization or triage is a very important problem in military medicine, when there may be more injured casualties than caregivers. In those situations the ability to wisely choose who needs priority care is truly a matter of life and death.”

Reifman is the director of the Biotechnology High Performance Computing Software Applications Institute, a unit of the U.S. Department of Defense. “Evacuation and treatment of injured soldiers can be challenging in locations where active fighting or other hazardous conditions are present, and first responders may be inexperienced, distracted or exhausted,” said Reifman, according to Massachusetts General. “The APPRAISE system’s automated, objective assessment of vital signs would rationally determine who needs priority care during military operations.”

Impact on pre-hospital providers
Reifman also noted that the self-contained system can easily be incorporated into current pre-hospital practice. “A benefit of the system is that it uses standard vital signs, such as EKG, heart rate, and blood pressure, which caregivers are already familiar with,” Reifman said, according to an Army news release. “There is no need for training care givers to new sensor modalities, so APPRAISE can be easily disseminated throughout the healthcare system.”

The researchers believe the system could allow pre-hospital responders to provide more patient-focused care. “Automated functionality that reliably provides a notification whenever important patterns develop would permit the caregiver to focus much more on the patient (e.g., better pain control, better management of retching patients who could aspirate, etc.) and not constantly split attention between the patient and the travel monitor,” according to the Shock paper. “Consistent fully automated detection of hypovolemic vital signs may be most clinically valuable if the EMS caregiver is inexperienced, fatigued, or distracted.”

Follow-up study ahead
According to Massachusetts General, the researchers will soon test the clinical value of APPRAISE. “We are now working on a follow-up study to use this system in actual trauma care and will be measuring whether it truly leads to faster treatment of life-threatening hemorrhage and better patient outcomes,” Reisner said. 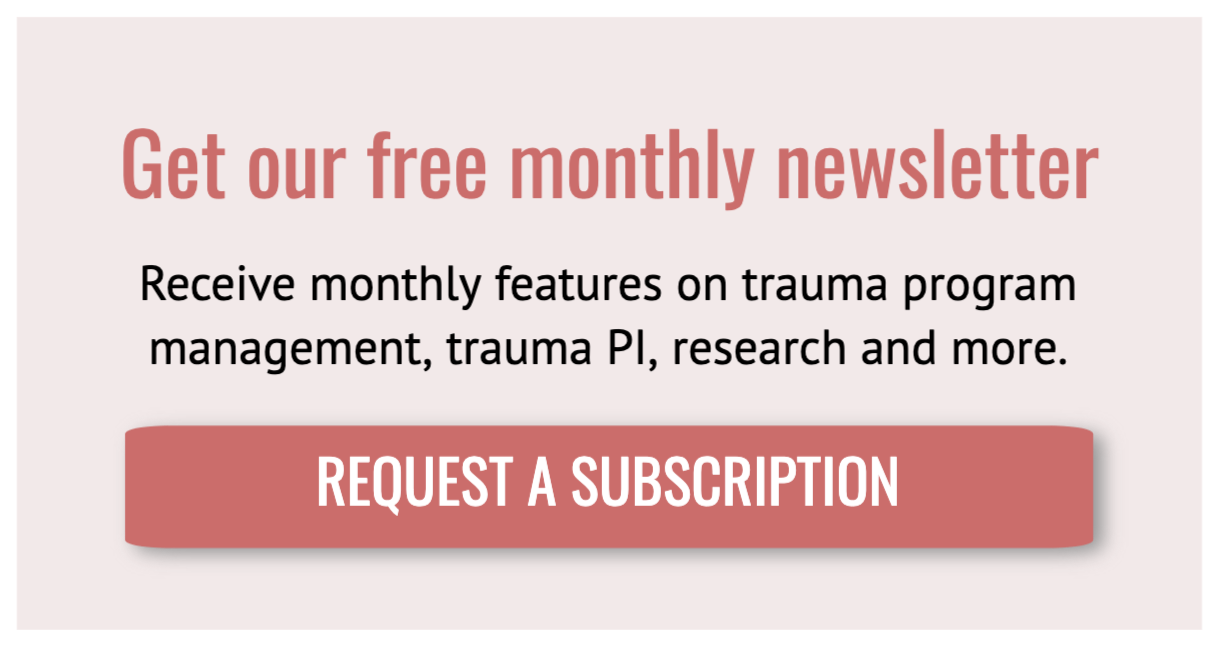